FIELD NOTES: Joe in the snow 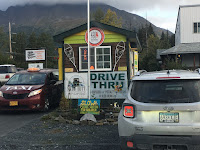 Considering this column is published in a coffee house newsletter, it is perhaps a little strange that I have never written about coffee. The truth is, I’ve never felt like I had anything clever or interesting to say on the topic, until today.

My personal history with coffee goes back a long, long way. My father started nearly every day of his adult life by brewing a pot so strong it could loosen the lug nuts on a ’57 Chevy, pouring himself a cup, and adding a generous portion of cream and sugar. On workdays, he would fill a large thermos with that concoction to take with him, and on the weekends he would sometimes prepare a small cup of it for me.

Despite my early start, I wasn’t much of a coffee drinker through college. A cup here and there in support of an all-nighter, or a cup with the rare breakfast “out” at a Waffle House of Cracker Barrel. In those days, I drank it like my father, with lots of cream and sugar.

I came into my own as a coffee drinker when I started working at High Quality Plastics in the late ’80s. My cubicle was right next to the break area and my boss was addicted to the stuff. He kept a fresh pot on the burner all day long. It is pretty hard to ignore the siren song of a pot of fresh-brewed joe, and I started drinking it regularly throughout the day. My boss drank his coffee black, and although we had some crumpled sugar and cream packets smooshed down in the bottom of a paper cup for those who wanted them, I taught myself to drink it that way, too. Without the smoothness of the cream and the sweetness of the sugar, coffee is something of an acquired taste.

The early ’90s signaled the dawn of the Starbucks era and the popularization of coffee and espresso-based beverages. Two well-liked television shows, “Friends” and “Frasier,” featured coffee shops as backdrops, but no such places existed in most of America outside major cities. I was living in a suburb of Toledo at the time, and while I’m sure I could have found a coffee shop somewhere in the greater metro area if I had looked hard enough, there were none anywhere close to me. But I was traveling to the brand new Chrysler Tech Center in Auburn Hills on a regular basis for work and there was a Pyramid Coffee espresso cart set up in the lobby. It was there I had my first espresso-based drinks. It took me a while to settle on the hazelnut cappuccino as my go-to beverage.

When we moved to Charlotte in 1995, the coffee scene was still a work in progress. We had a Caribou Coffee a few miles up the road in Cornelius, and I remember driving all the way across town to the Matthews Town Center to get my first cup of Starbucks. Just a few years later, there were five Starbucks within five miles of my house.

Here in Alaska, where I’ve been traveling for the past week, they LOVE their coffee. Starbucks are few and far between, but there are stand-alone coffee drive-throughs all over the place. These are little 6’ X 8’ sheds with a service window on each side. Some are outfitted in moose antlers and snowshoes, and a few are even shaped like coffee cups. Many offer only coffee and espresso drinks, but some have a rudimentary food menu, as well. The ubiquity of these is hard to exaggerate. There are at least a half-dozen of them on the 60-mile drive from Anchorage to Wasilla and one north of Talkeetna that is at least 10 miles from the nearest town. Seriously, I don’t know how they get water and electricity out there in the middle of nowhere.

I suppose in the context of an Alaska winter the idea of a hot beverage without having to leave your warm car is a great idea and a superb example of a business finding its niche by catering to a very specific need. That’s probably why we don’t see as many of these stand-alone espresso drive-throughs in the Carolinas (although there are a few). It’s early September in Alaska, and the weather here is already what we would call “winter” in Charlotte.