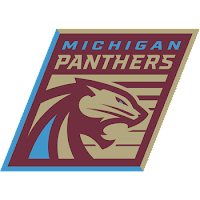 If you watched the "big game" on Sunday, you know that the Los Angeles Rams scored a touchdown with less than two minutes to play to earn a come-from-behind win over the Cincinnati Bengals. It was a fitting end to arguably the most exciting NFL playoffs ever. It was undoubtedly a better finish than most of the Super Bowls of my youth, which were almost always blowouts. There was a stretch of games in the '80s and '90s where the only drama was whether the absurd margin of victory would exceed the previous year's.

During much of that run, I watched the games at a party that was my boss's signature annual event. He always went out of his way to make it a fun time, even when the score was entirely out of hand by halftime; great food and drink, and prizes for things like the total points scored by quarter or the number of passing attempts by a particular QB. But when the party was over, I would always walk out into the frigid Ohio night and think, how will I get through another three months of cold and snow before baseball season?

Eventually, I solved that problem by moving south, but for a few years in the mid-'80s, there was also the promise of spring football. The USFL launched to much fanfare in March of 1983. It was the first serious attempt at starting a new professional football league since the WFL flamed out the '70s. The original twelve USFL teams had exciting names, colors, and logos. Philadelphia Stars. Boston Breakers. Chicago Blitz. Tampa Bay Bandits. There were even a few recognizable players on the rosters. The quality of play, especially for the first few games, was not great but got better as the season went along. The Michigan Panthers, sporting one of the unique logos and color combinations (royal plum, light blue, champagne silver) in the history of the sport, won the inaugural championship 24-22 over the Stars.

Behind the star power of some breakthrough players like QB Bobby Hebert and DL Reggie White, it appeared the league might survive and prosper as a spring-summer counterpart to the NFL. Alas, some owners got greedy and pushed for expansion into marginal markets with under-financed ownership. A New York real estate "tycoon" named Donald Trump bought the New Jersey franchise and eventually convinced a majority of the other owners to make a disastrous attempt to move to the fall and compete directly with the NFL. The USFL went up in smoke after its third season.

A little less than eight weeks from today, though, the USFL will be back to try again. This time with fewer teams and a different business model that strives to keep initial expenses low and owner egos out of the equation, at least for now. Eight of the original USFL franchises will be reborn and will begin play on April 16th. During the inaugural season (and perhaps beyond), all the games will be played in one city, Birmingham, Alabama, and the players will earn an average middle-class salary of about $50,000, as well as free college tuition.

Can the new USFL succeed where the old USFL and a few other spring startups have failed miserably? That remains to be seen, but the sports landscape today is very different than in 1983, and there is a chance the league learned from its mistakes.

More than one million people tuned in to watch Tulsa defeat Old Dominion in the Myrtle Beach Bowl this past December. Nearly that many were on the edge of their seats as Miami of Ohio rallied past North Texas in the Frisco Football Classic. Clearly, there is a market for watching very mediocre football players square off against each other on national TV. If the USFL can keep its average player salary in the neighborhood of a mid-level sales manager and put a vaguely competitive product on the field, the revenue will be there.

Playing all the games in one city will help keep expenses low, mitigate the impact of potential COVID restrictions on travel, and alleviate tricky stadium lease agreements, but I'm not sure who is actually going to attend these games after the first couple of weeks. I have some difficulty seeing how the good people of Birmingham are going to show up for a New Jersey-Philadelphia matchup. Of course, gate receipts are not what this league ultimately is about, but playing games in front of a couple of thousand fans is still a bad look.

What do you think? Does the new USFL have a chance? And how about those Michigan Panthers; do you like their colors/logo or the Carolina panthers colors/logo better?