FIELD NOTES: OCD in nature; good luck with that 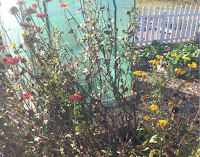 A couple of weeks after my wife and I moved onto our first home, an old farmhouse midway between Bowling Green and Perrysburg, Ohio, I got up, went to the kitchen, poured myself a glass of juice, and put two pieces of white bread in the toaster. As I reached to depress the lever to begin toasting, a brown object the size of my thumb scurried from under the toaster, across the counter, and out of sight behind a cabinet. Fifteen minutes later, I was standing in the mousetrap aisle of the Bowling Green ACE hardware store, looking for answers.

Someone had clearly taken the old adage, “build a better mousetrap, and the world will beat a  path to your door,” to heart, as there were dozens of different ways to rid your home of vermin. Since we had just acquired a beagle puppy, poisons were definitely out, but that still left a bewildering array of traps, both “humane” and much less so. In the end, I opted for a two-pack of the traditional spring-wire on wood base but hedged my bet with a half-dozen glue traps.

Over the next several weeks, I successfully trapped five mice, four of them in the spring-wire traps. I only managed to catch one in a glue trap, although the fact that those traps were rarely in the same place in the morning as I had placed them the night prior indicated that they were also getting their share of action. One even ended up in a different room, a feat of mouse athleticism I didn’t want to think about too deeply.

To be clear, I have no particular fear of mice, although the one in the toaster was kind of disturbing. No, what the mice triggered was a mental issue far more damaging than simple musophobia, obsessive-compulsive disorder, or OCD for short.

From an early age, I had to have things just so. Symmetry. Spacing. Angles. Proportion. The L-shaped living room of the old farmhouse had already done a number on my OCD since there was no way to arrange our existing furniture in a manner that appealed to my sense of “order.”  The mice were a further intrusion on the “perfection” of our Little House on the Highway. Never mind that an old house in the middle of hundreds of acres of farmland is undoubtedly going to have a field mouse or two.

Nature is funny that way. It is often said that “God doesn’t build in straight lines,” but that isn’t precisely true. Think of spiderwebs, crystals, and rock strata – lots of straight lines and exact angles. A more valid aphorism might be that nature laughs at man’s attempts to constrain it. As I’ve become more invested in the natural world, I have, by necessity, shelved most of my OCD  tendencies, but this time of year is especially hard. My natural inclination is to pull up spent vegetables and flowers to keep the garden looking tidy. But that deprives the birds and bees of a final few weeks of nourishment before the winter winds blow and allows those winds to wreak havoc on the soil. It is much better for the environment to leave those brown stalks, decaying roots, and remnants of seed pods in place until at least the first good freeze, and in most cases for the whole winter. It may not look great to our human eyes, but the cardinals and bluejays don’t have a subscription to Beautiful Garden magazine.